This tag is associated with 3 posts

SEE THE MODEL: ASK YOUR ORGANIZATION TO ADOPT ‘THE RECALL RESOLUTION’ 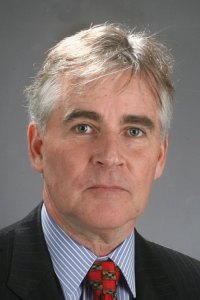 Chicago, Illinois – For the last several weeks, GOP Party Chairman Pat Brady has come under fire following a series of news reports from Illinois Citizens for Ethics Reform and other media raising serious concerns about potential violations of state campaign finance law involving tens of thousands of dollars and other irregularities in the handling of Illinois Republican Party finances.

Embarrassing much? To say the least.

But rank and file Republicans in Illinois are also fed-up with Brady’s direct interference in GOP primaries in the 2012 election season and his stunning electoral failures in 2010 – including the loss of the Illinois governor’s race and remap control – a remap that resulted in the loss of longtime conservative Rep. Don Manzullo (R-IL).

It must have been a different Brady that was “elected GOP Party Chairman in 2009 who said:

“The reason I think I won [State GOP Party Chairman] is because they [Illinois Republicans] want ethics, they want reform, they want this office to maintain the highest degree of integrity,” said Brady when he was first elected to his position by the Republican State Central Committee on August 20, 2009.

So has Brady lived up to the ethical bar he said his election i.e. appointment established? Many Republicans would argue the answer is “no.”

On Tuesday, the Illinois Center Right Coalition (“ICRC”), a Republican organization, passed a resolution calling for the Republican State Central Committee to recall Brady from his position as Chairman if he fails to resign.

NOW, THEREFORE, BE IT RESOLVED that the members of the Illinois Center Right Coalition call upon the Illinois Republican State Central Committee to produce and publicly disclose Chairman Pat Brady’s Ethics Disclosures, since he is required to submit a statement of his interests or potential conflicts of interest to the members of the Central Committee; the ICRC calls for Chairman Brady to resign immediately. If he refuses to do that, we call for the IL GOP State Central Committee to recall Pat Brady from his official position as State Chairman effective immediately.

The resolution outlines ten reasons for the recall, including Brady’s controversial decision to act as campaign manager in the race for Kane County Board Chairman against longtime Republican Sen. Chris Lauzen; his failure to recruit Republican candidates for office, leaving numerous races uncontested (21 of 59 (36 %) State Senate seats have no Republican Candidate and 43 of 118 (36 %) State Representative seats have no Republican Candidate); and his participation in a downstate fundraising scenario with major donors to Rahm Emanuel ($200,000 in 2011) and Barack Obama (bundled $231,000 in 2008) which has called the State GOP party’s finances into question.

See the full text of the MODEL RECALL RESOLUTION here.

Proponents of the resolution say that it could serve as a model and urge others conservative and Republican groups to adopt similar resolutions.

“We have to keep the pressure on,” said one Republican activist who feels betrayed by Brady. “If Republican voters voted for their party leadership, we would have accountability. As it stands, we don’t.”

After review of he circumstances surrounding Brady’s election to GOP Party Chairman in 2009, the troubling patterns continue to emerge.

Backstory: Andy McKenna succeeded Judy Barr Topinka as State GOP Chair, who presided over the failed U.S. Senate races of Jack Ryan and Alan Keyes against Barack Obama. She tapped Dan Proft as an overpaid consultant on the campaigns – both efforts were bungled.

McKenna resigned abruptly on August 20, 2009; the former GOP Chairman was under pressure to resign after the party’s political failures mounted. By the time McKenna was done, Democrats held every statewide office, a super majority of seats in the Illinois Senate, and a 70-48 seat edge in the House.

Brady was named his McKenna’s successor within hours of his announcement in a closed door session of the State GOP Central Committee. He was unopposed.  Previously, he served as Republican National Committeeman. He had succeeded the unindicted Bob Kjellander, who was named in a federal trial and accused of participating in a $500,000 kickback scheme involving convicted felons William Cellini (another Republican powerbroker) and Antonin “Tony” Rezko and former Gov. Rod Blagojevich, now serving a 14 year term in prison.

This is what not having direct elections has done for the Republican Party in Illinois. This is what happens when you strip Illinois Republicans of their right to vote for their own party leadership: abuse of power and no accountability.

For this, we can thank liberal Republican Gov. James Thompson and then State Party Chairman Al Jourdan for engineering an unusual change in the Illinois Election Code back in the 1980s to permit the Republicans – not the Democrats – to use an undemocratic process to choose its state party committee members. Until then, Republican Party central committee members had been directly elected by primaries among their registered voters.

That is when things changed for the worst in Illinois.

So how do we change this destructive pattern? How do we end the vicious cycle of abuse?

We need to give the Illinois Republican Party back to the people. On June 8th and 9th, Republicans will have the opportunity to do just that. Please join like-minded conservatives and Republican organizations in the effort to restore Republican voting rights today.

Read now about how you and your organization can become delegates to the Illinois Republican State Convention and vote on June 8th and 9th to take back your vote.

The next installment of this Illinois Citizens for Ethics Reform will trace the patterns of corruption in party political circles, who is involved, and who is getting what in return.

“I’m just so disappointed in them. I’m just so ashamed,” says one tea party supporter, who feels betrayed.

(Chicago, IL) – For too long, Illinois conservatives and tea party organizers have been in the dark about the activities and motives of John Tillman and Dan Proft. But thanks to Illinois Citizens for Ethics Reform, conservative bloggers, and even members of the mainstream media, that is changing.

Now Illinois tea party organizers know that most of the Tillman-Proft funding used to defeat tea party and conservative candidates this year comes from top contributors to Rahm Emanuel and Barack Obama.

Proft and Tillman’s main contributor, Ken Griffin, bundled more than $221,000 IN CAMPAIGN CONTRIBUTIONS TO BARACK OBAMA in 2008. He and his wife, Anne, each gave $100,000 TO RAHM EMANUEL’S CAMPAIGN FOR MAYOR OF CHICAGO. Griffin was a former executive with GEORGE SOROS FUND MANAGEMENT.

Were Tillman and Proft supposed to be the voice of tea party and conservative reform? 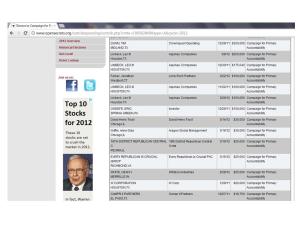 $30K contribution against Manzullo from Griffin

Dan Proft endorsed Kinzinger over Manzullo in the March primary.

“It’s no wonder we can’t get traction in Illinois,” remarked one tea party organizer.

“Soros can’t just fund Dems now can he? It’s more smoke and mirrors. I am glad someone is looking into the funding of these politicians ‘on our side,'” remarked another.

Illinois tea party organizers now are asking some very serious questions about Dan Proft and John Tillman. The biggest question is: what side are they really on?

Unearthing this information has been a painful exercise but a necessary one. You can’t fight the opposition if you don’t know who the real enemy is.

All of this should now make perfect sense to the conservative candidates and tea party organizations that John Tillman and Dan Proft opposed this past March.

On Saturday, I challenged Dan Proft to come to the TAPROOT meeting in May to answer these charges and more.

Is Dan Proft man enough to do that? Or doesn’t he have a leg to stand on?

Every tea party organizer and every Illinois conservative needs to continue to ask John Tillman and Dan Proft these tough questions and to demand some answers.

If we don’t ask the tough questions that need to be asked, who will? 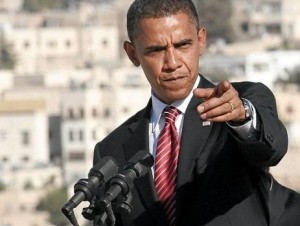 Chicago, IL – It is often said: Just follow the money. Due to a series of hard-hitting reports from Illinois Citizens for Ethics Reform, major media are now investigating a dirty little campaign finance shell game courtesy of the Illinois Policy Institute’s John Tillman and Dan Proft.

And the scandal just keeps getting BIGGER AND UGLIER.

The name of the four donors have been withheld

The Illinois Policy Institute and its affiliated political action committees are funded by four major donors. One of these contributors is a former executive of GEORGE SOROS FUND MANAGEMENT and top contributor to RAHM EMANUEL named Anne Dias-Griffin. The French hedge fund manager (see the bio here) contributed $100,000 TO THE CAMPAIGN OF RAHM EMANUEL in late 2010.

In what smacks of political money laundering, the Griffins contributed significant amounts to all of the John Tillman and Dan Proft-connected political action committees. Although the group cloaks its donors, it is highly probably that the Griffins are also funding the Illinois Opportunity Project. All groups operate out of the Illinois Policy Institute, which calls itself a 501c3 tax-exempt group, utilize the same personnel, and resources.

After the Griffin donations, Tillman and Proft then used the Illinois Opportunity Project and PAC contributions – many made on the same day – to stack the deck  against conservative and tea party candidates in the Republican primary on March 20, 2012.

BUT THAT APPEARS TO BE THE TIP OF THIS SCANDAL-RIDDEN ICEBERG.

NOW CRAIN’S CHICAGO BUSINESS is asking serious questions about this shell game of contributions and the involvement of Illinois Republican Chairman Pat Brady.

“Within a few days, those groups turned around and wrote big checks to the state party (Pat Brady) totaling $140,000. And that’s well over the $10,000-per-person legal limit that each of the Griffins could have donated on their own to any single political party,” writes political columnist Greg Hinz.

Apparently, Illinois GOP Chairman Pat Brady failed to report the contributions for two months when campaign finance law requires reporting within five days. In defense of the errors, John Fogerty, counsel for the Illinois Republican Party, claims that the funds may not have been deposited right away.

“Does that mean the state party (Pat Brady) really sat on more than $100,000 in checks for two months or so before depositing them?” questions Hinz.

Brady has angered conservatives with his involvement in key Republican primaries this past election cycle. He personally managed the campaign against Sen. Chris Lauzen for Kane County Chairman and lost. In an embarrassing move, Brady and Dan Proft endorsed the 23 year-old frat boy son of a major donor to Rahm Emanuel in the race for Chicago’s 42nd ward committeeman.

Apparently, the Illinois GOP Chairman Pat Brady and Dan Proft could not even pull out a win in a tiny 42nd ward race in Chicago.

Brady, Proft and Tillman have not handled the media scrutiny well.

After being questioned by the Springfield Journal Register, John Tillman and former gubernatorial candidate Andy McKenna stepped down in March 2012 from directorships of all the Illinois Policy Institute-connected political action committees. However, both maintain still positions as board members of the Illinois Opportunity Project, and are responsible for directing the fund’s political contributions.

Whether all of this violates the Illinois Policy Institute’s tax-exempt 501c3 status is a question for IRS investigators.

But why are John Tillman and Proft, who have branded themselves as “conservative reformers,” even tied to major campaign bundlers to Barack Obama and contributors to Rahm Emanuel? And what is their relationship to Illinois GOP Chairman Pat Brady?